Looking for something to fill the gap before Shifting into Love begins? Corporate Fire is FREE at All Romance.

She put her head on her knees, trying to block out the rest of the world. But the cold from the rock crept through her ski pants and kept her alert. The sound of skis drew near.
To make the moment worse, she heard the voice that at breakfast had raised the hairs on the back of her neck. “Hey, anything I can do to help?” END_OF_DOCUMENT_TOKEN_TO_BE_REPLACED

Today’s free book is Corporate Fire. It’s actually novel length, so if you’re used to reading the shorter Beautician and the Billionaire episodes, this is something a little longer for you to sink your heart into.

It’s only free at All Romance and only until Saturday. Get your copy now!

All of my titles are on sale At All Romance from now until December 24!

And Corporate Fire is Free!

I’ve been told by a few readers and friends that Grace is a little too crazy to be the star of a story. But I like to think that even the cray-cray have a shot at true love 🙂 Give her a chance and let me know what you think!

She slept without dreams.

A hand on her waist and the backs of fingers brushing her cheek drew her into a foggy sort of consciousness. She opened her eyes to Royce gazing back at her with an expression she’d never seen on a man before. If her thoughts were clearer she might’ve described it as tenderness or sincerity, but those didn’t really cover all the emotions.

In her haziness all that registered was that this man made her happy, while others made her cringe. She turned her head so that her cheek pressed into his fingers. “You came back.”

His fingers straightened, allowing her cheek to settle into his palm. “I promised you dinner, remember? I’m sorry I woke you. It’s just that you look like a beautiful flower, and it was hard to keep my hands to myself.”

“Mmmm, I don’t mind at all, but it’d be better if you kissed me again.”

He leaned in closer. His hand at her waist heated her through the material of her dress. His breath caressed her cheek. “I’m trying not to break your rules. We haven’t had three dates yet. Tonight is only our first.”

“Well,” she said, barely above a whisper, “we could count the night at the bar when you sent me all those sweet notes as our first date, this morning at breakfast as our second date and the ski race as our third date.”

“You realize you’re forcing me to break my own rule again then.”

She lifted her head up off the pillow, just enough to kiss him. Her fingers wrapped around his neck to pull him down, but he pressed into her on his own and pushed her head back against the pillow. His hand slipped between her and the bed and slid up her back.

Corporate Fire was released from the KDP Select program at Amazon, and I spent Friday uploading it to other vendors. It made BEST SELLER on All Romance!! If you click on the link, you’ll see the little silver star on the page.

Available now at the following venues:

Walking in, she felt naked without Jill and Jill’s clubbing friends surrounding her. Large groups crowded around tables made for two. The wall to the side had curved booths facing the bar. Most of them were taken, but there were a few empty ones. Then she spied an empty tall table being wiped down by a waitress. She decided to sit there for a better view.

The scent of perfume and hair gel coming from the bar tried but failed to conceal the smell of sunblock from earlier in the day. A guy who looked scruffy like a ski instructor sat on a stool with his back against the bar and stared right at Grace. He nodded towards her, and his blond bangs fell over his eyes. Her eyebrows rose in surprise, and she twisted her head to see if a beautiful woman was behind her; she was used to being ignored. When she saw no women close to her, she turned back to the guy and gave a hesitant smile. He actually smiled back. Not love at first sight, but he was the eye candy she’d been hoping for.

She shifted her gaze to the table. Out of the corner of her eye, she saw him turn away too. She looked up to study him unnoticed, but he glanced back at her and winked. Grace held her breath. What if he approached her? He’d be breaking rule number one because he had no connection whatsoever to anyone she knew. She took a deep breath and told herself it would be fine if he approached. People talked at bars all the time. It was normal bar behavior.

A waitress appeared and set a drink in front of her. She hadn’t even ordered yet. “I think there’s a mistake,” she said to the waitress.

“A gentleman bought it for you, sweetie,” said the waitress. She seemed barely old enough to be serving alcohol. “Oh, here’s a note that goes with it.” The waitress slid a napkin with the bar’s name stamped across it in front of Grace before she dashed to her next table.

“He’s not right for you,” was scrawled under the stamp.

Surprised, Grace looked up at the bar. The guy smiled before looking away again. She hadn’t seen him write on a napkin. Was the note talking about the ski instructor? She looked at the drink: a cosmo—what she usually ordered when she went clubbing. She glanced back at the guy. Yikes.

His hand was now planted on the butt of a blond who was nipping his lower lip. Why had he been flirting with her when he was just biding his time, waiting for his date? He squeezed the woman’s butt before sliding his hand down to her thigh and then up her very short skirt. Grace’s eyes widened—she’d never allow that in public, even after the hundredth date.

A blush warmed Grace’s face, and she averted her eyes to the napkin. So if the ski guy wasn’t sending her notes, then someone else was. No. She slid the note away. She’d already been burned twice in one day. She didn’t want to find out that the third time was the charm.

She stared at the drink and tapped her finger on the table. It looked cheerful—probably the happiest thing she’d seen all day. She took a tiny sip and allowed the bright flavors to soak into her tongue. Her mood lifted a smidgen. She should at least thank the man.

Her hand shook as she took a pen out of her purse. She told herself she wasn’t going on a date with anyone—just telling someone thanks. Before she talked herself into putting the pen away, she wrote on the other side of the napkin. “Thank you for the drink. It made me smile.” She wasn’t sure about the last part. It seemed like oversharing, but before she could crumple up the napkin, the waitress whisked it off the table.

“I assume this is for your secret admirer?”

Grace nodded, dumbstruck. She tried to watch the waitress as she wove through the crowd, but she lost her.

Please, please, please, if you read Corporate Fire for Free over the weekend, jot a review down for Amazon! Thank you if you already have!

Corporate Fire made it to #82 in Free Contemporary Romance Fiction! Thank you! Thank you! Please continue to pass the link along, and maybe it can make it to #50. I really appreciate all the downloads and hope you’re enjoying reading my story. Please leave a review when you’re finished. Reviews really help indie authors.

If you’re reading the book, let me know how you like it so far in the comments below. And remember to come back tomorrow for the conclusion of The Beautician and the Billionaire Episode 1!

Not that I’m obsessing or anything, but Corporate Fire is #92 in Kindle Contemporary Fiction Romance! 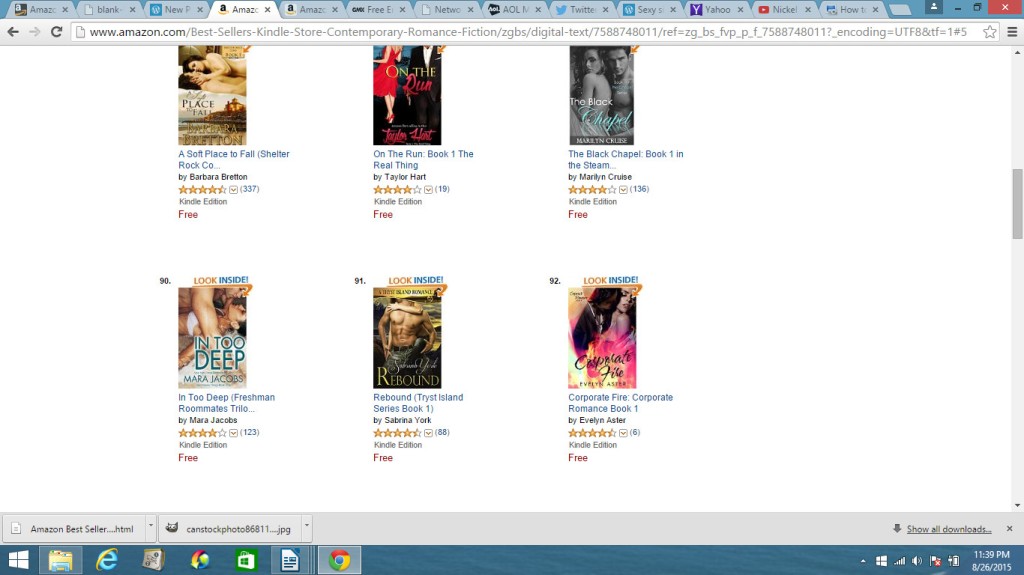 Here’s some more eyecandy to show my gratitude! 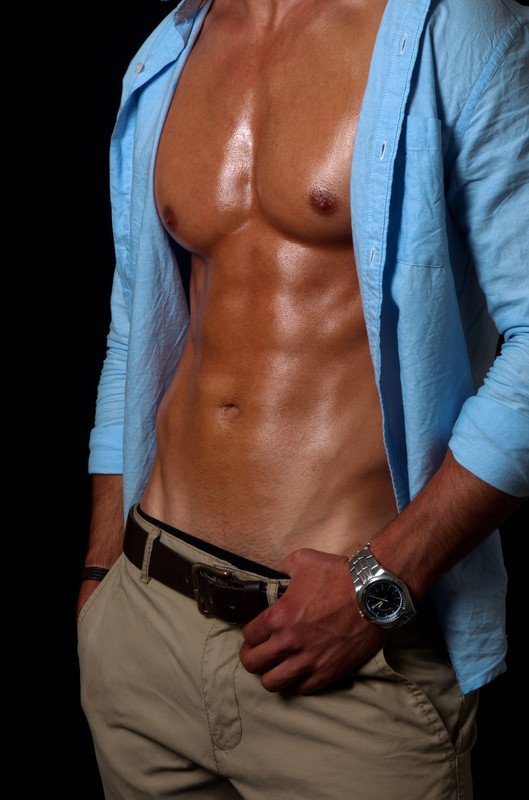 Corporate Fire has made it up to Amazon Bestseller Rank #114 in Contemporary Fiction Romance!!!

Please pass the Corporate Fire link onto a friend and help it break into the top 100!

And here’s some eye candy to thank all you lovely readers!!!! 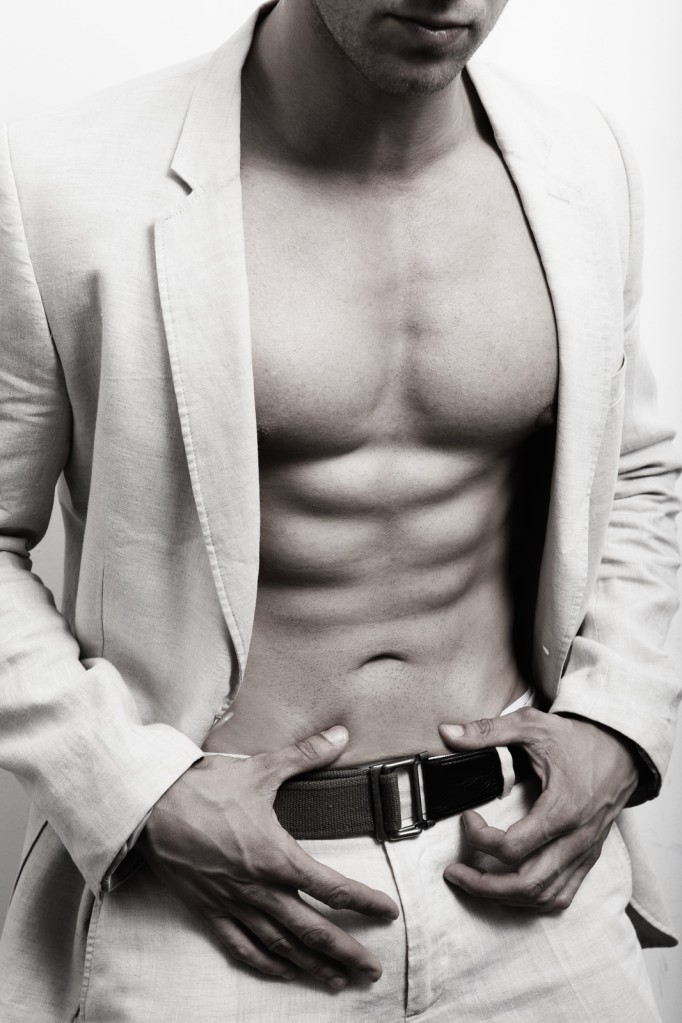 The Madhava Organic Salted Caramel Coffee Syrup Agave Sweetened Low Glycemic is the best ever! As you can see, I’m not always a person to buy organic, but this was exactly the flavor I wanted so I gave it a try. Wow! I have to try their other flavors now because it’s so rich. I found it at Target of all places. If you are a salted caramel fan you must get it!

Corporate Fire is now on sale for a $1.99. If you missed it last week, there’s still time to get it for less than full price!

Thanks for all the new likes last week! It was an exciting week for me!

Here’s a flirtatious color. I admit I was very disappointed that the stickers didn’t last much beyond a hand washing. Maybe I should’ve put the super durable nail art saver stuff over them. 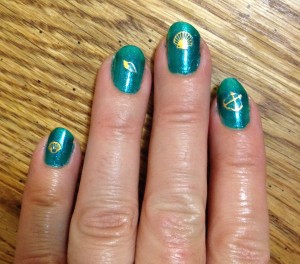 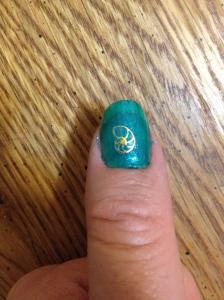