It’s been about a year since I’ve blogged. After taking on a paying job, I just couldn’t do the writing anymore. Which made me sad, sad, sad 😦 . I’m still working, but I’ve cut my hours back so I have some time in the middle of the week to get back to writing.

To celebrate, I’ve got some treats this week! Firstly, Prime Candidate is free at Amazon today! This novella is exclusively at Amazon, so fire up your Kindle and get it! 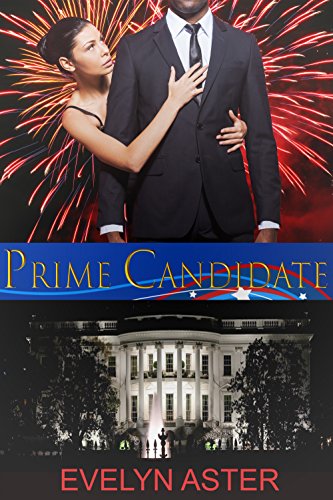 I’d love to make writing my full time job. Please pass on my book titles to your friends! I hope you had a great year in the world of books, and I’m so glad to be a part of it again!

Such a late start today and I’m dead tired. I hope today’s hero will help you forgive me 🙂

I hope you had a great week and have a terrific weekend! Spend it with a book…like The Beautician and the Billionaire!

2016 ended with a kick to the gut: All Romance ebooks closed down. It was a very dramatic departure for authors and publishers. For me, it meant my selling strategy for 2017 disintegrating. I had purchased a year’s subscription of advertisements and had big plans.

I’m still in the process of rebuilding my plan, but as you can see part of it is a new blog look!

Overall, though, 2016 was a good year. I hope yours was too. I’m looking forward to bringing you more hot heroes, nifty nails and classy coffee in 2017 here at:

Check out my author pages at:

Good morning! This is the last day to enter my Giveaway! https://www.rafflecopter.com/rafl/display/5cd1a1f17/? I’ll announce the winners tomorrow.

Today is also the last day for a post from Shifting Into Love First Gear. Please buy the book! Second Gear is due at the end of July.

Jones had no time to ready the brakes or calm his pounding heart when he hit the between place, as he called it. The frequency of the waves was fast and high pitched. Alea’s soul pulsed through him in a frenzy. He tried to calm her, but blackness opened up and shot him out onto a long highway. END_OF_DOCUMENT_TOKEN_TO_BE_REPLACED

Today’s FREE book is The Beautician and the Billionaire Episodes 1-4!

Charisse withdrew her shaking hand, making a fist in the hopes he wouldn’t see it. She’d been prepared for his cold business mask—the one she was sure he used when taking over companies. Instead he’d arrived with sincerity and honesty. She’d almost leaned in and kissed him when he told her why he’d been such a rat bastard after the shampoo yesterday.

She should’ve kept her restraint instead of practically offering to undress him. Jeez Louise, she was getting in way over her head.
He watched her as he slowly slid his tie out from beneath his collar and undid the top buttons of his shirt. To keep herself from undoing the rest, she turned away and pulled out a towel from a shelf behind the sink.

Steady girl. You’re not ready for a relationship, especially with a tycoon like Conor Grishin.

But the words in her mind echoed hollowly throughout her head as she concentrated more on the way his body eased into the chair. Fantastic butt and broad shoulders just as she liked them. She tucked the towel around his collar and pressed on his shoulders to indicate he should lean back. She didn’t speak for fear her voice would shake like her hands.

But he understood and leaned back with his eyes closed. She drew her hands away slowly as he’d done when he touched her arm early. Turning on the water, she sprayed it over her hands until it was hotter than she’d had it get yesterday. She guessed by the way he drank his coffee fast while it was scalding, he wouldn’t want the water lukewarm.

The water cascaded over his head. “Is that too hot?”

“Not at all,” he said. His voice already sounded drowsy. He must not take much down time. She combed her fingers through his hair and raised the bottom of his head up to make sure the back got wet too. When she began massaging the shampoo into his head, she relaxed the muscles in her arms and allowed her connection to him to guide her fingertips.

He exhaled a long breath. His face appeared serene. The Mozart music made her recall her fantasy of walking through the gardens of Versailles. But France was so far away. They should start with dinner. No, he’d just asked her to shampoo his hair, not go on a date.
Her gaze trailed down his chest, broad like his shoulders, over his slim torso and right to a large bulge in his pants.

Her hands froze for just one moment. Then she drew back and turned the water on. So maybe dinner was an option. Or maybe he was hoping to get down and dirty at the sink. She stifled a nervous giggle. He was probably just hoping she hadn’t noticed. But how could she not? He was huge.

It was good to be a woman. Her panties had been wet since he’d touched her arm at the couch, but she wasn’t advertising it.

After she finished rinsing his hair, she took out a fresh towel and dried his hair, sneaking peeks at his lap—still bold and big. Her face burned with embarrassment or desire, she wasn’t sure which. She dropped the towel into the sink and styled his hair with her fingertips. She should just tell him she could style his hair at her chair. And ignore what was going on in his pants.
He still had his eyes closed and appeared at peace. He hadn’t fallen asleep again had he?

She stepped to his side and put her hand on his shoulder. “Conor?”
He gave a sigh, but didn’t open his eyes and didn’t say anything. She tugged at the towel around his neck. He finally lifted his head up and opened his eyes.

“I thought you’d fallen asleep again,” she said with a smile as she removed the towel around his neck and also dropped it into the sink.

His hand caught hers and his other hand wrapped around her waist. A second later, she was sitting on his lap with her legs hanging over the armrest of his chair. Her whole body tingled. She blocked off her rational mind telling her she wasn’t ready for any sort of intimacy and allowed the emotions and lust to flow freely.

He searched her face and gazed at her lips before pressing his own gently against hers.

Chase had shaken Lana. She rolled his name through her mind making sure that was the right name. Yeah, Chase. The drink had made him happy like it was supposed to, so everything was right. This freaking night. She reached out to Harrigan. Hope. Hope? What hope? No answer.

Fine. She had one more table that needed drinks, and then she was shooting pool. With Chase. And then they’d go upstairs, and she’d get lost in the physical. No more tugs at her soul. No more anomalies. No more motorcycles. She didn’t even know why she still thought about the biker, but she was done.

Lana took to the pool table with a wink and a smile at Chase. He welcomed her by beating his opponent and racking the balls.

“You know how to charm a woman,” she said, grinning at him from the opposite side of the table.

“Why do you always play her?” asked one of his friends. “You know you’re gonna lose.”

“This time he might,” said Lana, leaning across the table for the break, hoping she’d unbuttoned her blouse enough to show a little cleavage.

He blushed. He freaking blushed like he went to church every Sunday and had never been with a woman before. His sweetness sparked a fire in Lana. She took a moment to refocus her attention to the cue ball. She couldn’t actually get attached to him. She’d be gone in the morning if not sooner.

She drew the cue back, shot it forward and broke the balls apart with a crack. At that moment a motorcycle roared into the parking lot. Her thoughts fragmented into tiny shards. A rift ran down her spine.

Harrigan broke from her.

Too dizzy to stand up on her own, she pulled herself up with her cue and clutched the edge of the table. Harrigan couldn’t leave her. Their souls were intermingled. She couldn’t conceive of living without him. As the shock of the moment faded, she realized Harrigan was still with her. He’d separated but only partially.

Chase whistled, seemingly oblivious to her state of confusion. But the whistle stilled her dizziness.

She stared at the table. Miraculously, she’d sunk two balls. Glad he hadn’t noticed her sway, she gripped the cue harder and leaned down again. Outside, a motorcycle engine pulsed its sound into the bar in time with the country music. It entered her spine in the space the bar had left. A vision of the black-visored rider slid through her mind. No. It couldn’t be the same man.

Lana straightened her back without taking a shot. The bar was her home; her better half; her only love. She had no use for motorcycle riders.

“Everything okay?” asked Chase at her side.

The sound of the engine stopped. Hopefully it’d vanished like before. And there was no way it was the same motorcyclist. She’d seen him in the middle of the city. From a glimpse through a window it appeared she was now in the middle of nowhere.

“Yeah, sorry. I’ll need to get back to work soon.”

She leaned down to take her shot and try to woo Harrigan to complete her again—she knew the bar enjoyed it when her opponent never even got a turn. But right as the cue slid between her fingers, the door swung open. In stepped a man with mussed brown hair and a scratched leather jacket. His stubble was shaggy; he probably hadn’t shaved for a few days. His umber eyes scanned the room like he was looking for someone. His gaze met hers, and her cue grazed over the white ball with a sound that made Chase cringe. But her ears were too filled with her own heartbeat to notice.