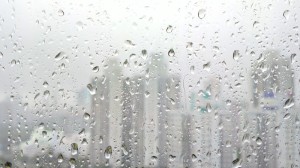 Charisse dropped into the closest chair at a sink. She’d lost all sense of balance and feared falling flat on her butt. “I didn’t think you were interested in him anymore. I know you were embarrassed by all the roses he sent to the salon, and I tried to cover that up for you. I explained to my lady luvs later that they were because he was taking over Daddy’s partnership. But he and I were alone, and I didn’t think–”

“That I would find out?”

“No! I didn’t think you’d care. When you’re done with a man, you’re done. You’re not the type to be depressed about it for weeks on end like I am.”

“He was different. We were a good match at the party. I didn’t even wear makeup today for Christ’s sake. Wasn’t that a clue that maybe I wanted things to go differently?”

“But you said he was trying to take out payment for the ships on us like we were, we were–” she couldn’t even bring herself to say it.

Charisse blinked furiously, unable to see Marie clearly through the tears. “Well, which is it? Who’s lying about Daddy? You or Conor?”

Marie turned on her heel and stalked around the partition like Conor had.

A boom of thunder made the vases rattle on the vanities. Charisse hung her head down with her elbows on her knees. The last five minutes whirled around in her head. She couldn’t make sense of any of it.

When her thoughts were stilled, the sensation of Conor kissing her lips like he was taking slow sips of coffee took over. Her body had responded to his like it never had before, even with Josh. Conor had moved so slowly too, not like someone taking out payment. But then she would’ve refused if she’d known that was what was going on. He was smooth.

She shook her head. She couldn’t believe his motives had been so caddish. As she continued to reflect on the encounter, she realized he’d seemed jealous and then protective when Josh called.
But if Conor’s motives were pure, that meant her father–

She held her head in her hands. She couldn’t believe that of Daddy. All the names of men he’d set Marie up with scrolled through her mind. They were all related to business one way or another. And the conversation last night when she was doing Marie’s makeup.

“That fucker.” Marie’s words about Daddy echoed in her mind. Marie had known she’d been set up as some sort of payment, but Conor had said he’d refused the offer. Why had he asked Marie out? Why did Marie go along with these dates if she knew?

Charisse flushed and heat grew like she had a fever. Had Daddy offered her too?

She stood up. Daddy wasn’t like that. He’d always taken care of her. She walked to the phone wanting answers. She reached out to take it, unsure who she’d call first when the bells on her door jangled.

Conor stood, dripping. His soaked shirt showed off the definition of his arms and muscles; his eyes changed from anger to imploring as she watched.