Hello! Sorry the break was longer than expected! To remind you where we left off, I’ll post the end of Episode 2 below: 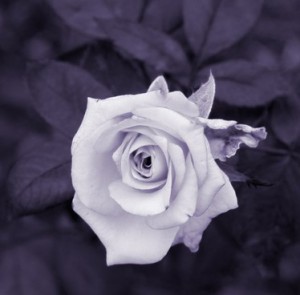 Charisse tightened her arms across her stomach. She’d been so ready to let herself go with Conor right in her salon. They’d had a connection—at least he’d made her believe they had. But the Hamptons?

Her eyes glanced back and forth between Marie and Conor. She must’ve lost her mind. She’d let herself be seduced by his seeming sincerity and vulnerability, forgetting that he’d chosen Marie first. Forgetting the picture of Marie pouring a shot down his throat. Forgetting she hated suits.

Worst of all, she was business partners with Conor, through no fault of her own. Shoot. It was her fault. She was the one who hadn’t read her own contract.

Conor stood up and combed his fingers through his still wet hair.

Marie stood with her umbrella down in one hand, dripping water on the floor and holding the strap of her Louis Vuitton purse up on her shoulder with her other hand. She glowered at Conor.

“It’s not how it sounds,” said Conor. When his hand came down from combing his hair, his face resumed the slick “I can explain everything” expression Charisse loathed so much. “I offered Marie a job at my Hamptons house because she wanted to make a change. She wanted to work at the flower shop that delivers my roses. Considering her biology degree, I thought she might want to work with the actual roses instead.”

Marie flipped her straight black hair back over her shoulder and said, “So you could get me out of the way and make your moves on Charisse. I think it’s sick that you’re trying to fuck us to get back at Daddy for the lost ships. You should’ve just fired him and left us out of it. We didn’t do anything to you.”

It was as if a bomb had detonated inside Charisse. “What? Kissing me was about the ships? We were about to…” Charisse backed away and thought she might faint. It was bad enough being the second choice, but being some sort of payment…maybe she’d hurl first and then faint.

Conor reddened and clenched his fists at his sides. Marie took a step back, looking fearful but clutching her umbrella like she’d swing it at him if he tried to hit her.

Instead of yelling, Conor spoke in a quiet voice that chilled Charisse. He stared at Marie as he spoke. “Really? You’re going to lie about that in front of me? The salon is payment for the ships. Your father offered you up instead, and I refused. Or maybe you forgot that part of our conversation.”

Charisse’s vision blurred as her world shattered before her. Conor had to be the one lying because Daddy would never try to trade Marie as payment. Never.

Conor turned to Charisse. Pain had flashed in his eyes before a shield went up. His voice gained volume and lost its edge. “I had hoped to take you to dinner tonight. I’m sorry for getting carried away before your sister arrived. Believe me, it won’t happen again.”

Conor grabbed his tie from the chair where he’d tossed it and stalked to the other side of the partition.

Charisse listened for the bells to jingle and then took a deep breath. She opened her mouth to speak to Marie, but Marie beat her to it.

“I can’t believe you were making out with Conor the day after I broke up with him. You never consider my feelings at all.”

Please follow my blog so you don’t miss a scene!

2 thoughts on “The Beautician and the Billionaire Episode 3: The Third Ship Scene 1”