Good morning! This scene fades to black. I’ll be jumping ahead tomorrow. If you want full exposure, please purchase  at Amazon, Barnes and Noble or All Romance. 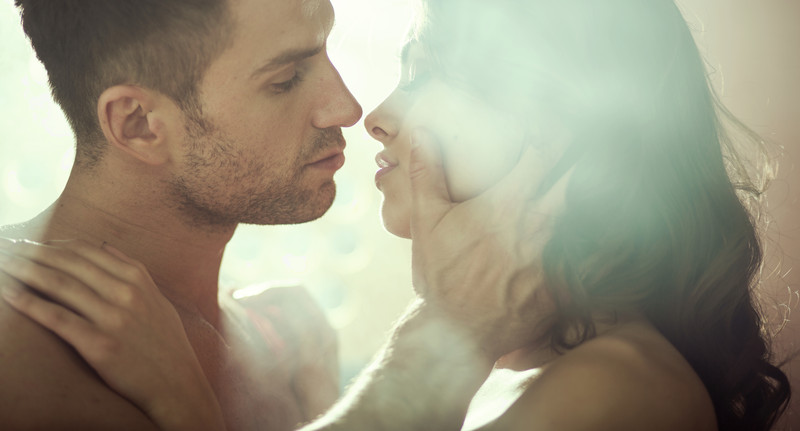 Conor grabbed her arms and forced her to turn around and look at him. She tilted her chin up in defiance, and her eyes glared back at him beneath dark, thick lashes.

With forced control he said, “I don’t want you to just be mine for three weeks. I was hoping we’d get closer. I was hoping to get to know you better.”

“How? By screwing the supermodel after screwing me? I saw Raul’s to-do list this morning. I know you sent her flowers. Is she your real date tonight? Did you dress me up to take me so you can humiliate me once I’m there? I’m sorry I said yes to a date with the captain, but I didn’t go out with him, and I didn’t fuck him.”

Tears brimmed on her eyelids, smudging the dark eyeliner and giving her a smoky beauty. His hand shook when he moved it from her arm to her cheek. He pressed his thumb against the corner of her eye, soaking in the tear.

He had caused this pain, and he needed to take it away. His heart pounded with regret at the same time his cock throbbed with desire. He should tell her he hadn’t screwed Lana. That the flowers were an apology for being rude to her all night when his mind was on Charisse. But his passion was leaving him speechless. His fingers tightened around the back of Charisse’s head. He pressed his lips against hers. She locked her lips tightly, refusing him entrance.

He backed off, let go of her head and dropped his hand to his belt buckle. “You are all I ever think about,” he said as he undid his belt. He let go of her arm and pressed his palm to the window behind her.

Her eyes narrowed with the lashes curling up seductively despite her glower. He slid his belt off, dropped it to the ground and stepped in. She retreated, pressing her back against the glass.

“You saw the only time I kissed her,” he said. “We didn’t have sex.” He leaned in and kissed her while undoing his pants. Her lips yielded to his but didn’t open.

At last she twisted her head away and said, “Then why did you send her flowers?”

He slid his hand under her dress and palmed her breast. “I don’t owe you any explanation, but believe me the flowers she got were nothing compared to the flowers and vase I sent you. You never even thanked me.”

She averted her eyes and said, “I just thought they were for the salon. And the dress and necklace to toy with me.”

Her scent and body drove his lust near the breaking point, while her words made his anger flare. He took his hand off her breast, grabbed her chin and turned her head, waiting for her to look him in the eye. When she did he said, “I don’t know how to get close to you. Every gesture I make is refused. I shouldn’t need a business contract to get you to be my girlfriend.”

His heart ached for her, but he couldn’t allow it to get too involved…not yet. “Monogamy for three weeks for both of us.”

Relief relaxed the tension in her face. “Thank you.”

As soon as the words were out he released her chin, wrapped his arm around her waist and pressed his lips against hers. Her body welcomed him like a rose bush soaking up water. As their tongues slipped against each other her fingers laced around his neck and pulled him closer. Her palms warmed his skin, and he realized the rest of her body heated up at the addition to their agreement. They needed to seal it, and this time he wouldn’t leave her wanting or growl at her when they were done. He never wanted to be done.

March 16, 2016 by evelynaster Categories: The Beautician and the Billionaire, The Vanilla ContractTags: beauty, Beauty and the Beast, Billionaire, contract, love, romance Leave a comment