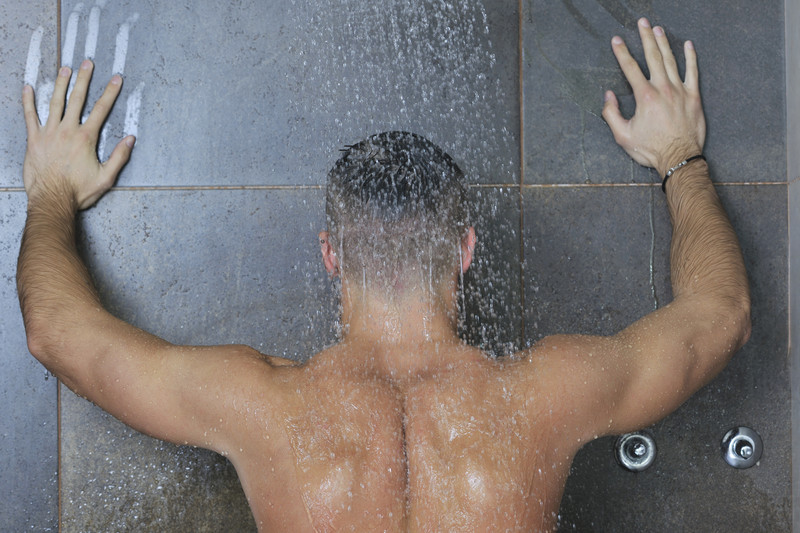 Conor woke up at ten in the morning after only a few hours of sleep. He reached out to pull Charisse close and remembered what a dumb-ass he’d been when his hand touched sheets instead of skin.

He’d come home from his date wanting nothing more than to lie down next to Charisse and fall asleep. Sex with her in his office had occupied his mind all night, except when he thought about her going on a date with the ship captain. Then he tried to pay attention to Lana, smug that he’d kissed Lana while Charisse watched. It was no surprise that Charisse greeted him with animosity when he’d come home stinking of pot from the party he’d been dragged to. But she still made him so mad that he’d worked the rest of the night in the greenhouse before starting his morning exercise routine.

He swung his legs over the side of the bed, placed his elbows on his knees and held his head in his hands. He was a dick. Even after vowing to make peace with Charisse that morning, he’d completely used her for himself and hadn’t even made her come. He hardened thinking of the seduction followed by her complete compliance. He could tell how much she wanted him by how wet she’d been. And her mouth was more magical than her hands. He wanted her now. He shouldn’t have sent her to work. Well, he’d just make her come back. They’d both agreed she was at his whim. Screw making peace. He’d never made a business deal without taking full advantage of it.

Interrupting his thoughts, Raul walked into his room and said, “Charisse seemed upset when she left for work.” His voice was flat, but Conor could tell he was prying.

“What do you mean?” Conor growled. He stood up and took the coffee cup out of Raul’s hands. Black, just like he liked it.

“She called you a rat bastard, sir.”

Conor was mid-sip and nearly spewed the coffee out with a laugh. He loved her defiance. He’d relished the challenge of changing her anger to obedience and even desire that morning. “Did she say I was douchey too?”

“No, but that’s what you looked like when you kissed Lana in front of her last night.”

“Watch it, Raul.” He’d become too friendly with his servant. Lana was no one’s business but his. Even though he had no shirt on, he felt a tightening around his neck as if he wore a tie.

“Sorry, sir. Should I get you breakfast?”

At the question, he remembered why he’d sent Charisse to work and wouldn’t be having her come back. “No, I have a lunch to get ready for. Pick out a suit for me.” He handed the coffee back to Raul and walked towards his bathroom. He headed straight for the shower and turned it on. When the water was almost scalding, he stepped in and hung his head so the water ran down his neck and back.

He’d pushed too far by taking Lana out. But Charisse deserved it. He pounded his fist against the marble of the shower. He hated that he had to have lunch with that captain and worse, Roy. He should take Lana to the banquet just to make sure Charisse understood how much she’d hurt him by agreeing to a date with his employee.

But Charisse didn’t want to go to the banquet. Part of her would probably be glad if he took Lana.

“Three weeks. Just you and me.” Charisse’s request for time in Puerto Rico floated through his head. The tension in his body ran out with the water. Since the beginning, all he’d wanted was time alone with Charisse. And now she belonged to him for three weeks, and he was wasting it in petty revenge.

He opened the shower door and barked out, “Raul!”

When Raul appeared, Conor said, “Send white roses to the salon again. And clip fresh gladiolas from the greenhouse. Put them in the vase from Tiffany’s that Charisse left behind and have it delivered.”

Raul stood up straighter at the request like he approved. “Should I send a note?”

Conor’s mind was empty. He had no idea what he wanted to say to her, he just knew he needed to stop being a prick. “No note.”

“Yes, find the top three dress stores in New York. I want to pick out a dress for Charisse myself.”

“Will she be going to the banquet with you tonight?”