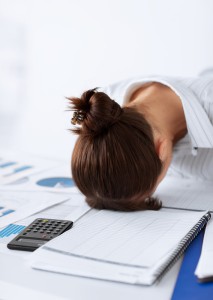 Charisse had to leave a message when she called the loan officer back. She busied herself browning onions and chopping potatoes. The apartment filled with the scent of butter, onions and a little bit of garlic. As she poised the knife to slice through another potato, her phone rang. She set the knife down and picked up the phone she’d put on the bar area on the other side of the counter.

“We’re going to need your father to come in and sign the loan application.”

“I don’t understand, he’s always said the money was mine when I needed it.”

“That may be, but he hasn’t signed it over to you yet.”

Charisse wanted to hit her head against the counter. Yet, another way she’d messed up and hadn’t really thought through how things worked. She recalled now that the few times she’d withdrawn from the account, he’d either done it for her or been with her. Now she was going to have to talk to him.

“Ms. LaRouche, are you still there?”

“Yes, I’m sorry. I don’t know what my father’s schedule is. Can I call you tomorrow?”

She hung up, set the phone down, picked up the knife and stabbed it straight through the potato. She wasn’t ready to talk to her father. And she didn’t want his help either. She didn’t want to have him on the loan to buy back her own salon.

She let go of the knife. The potato rolled until the handle of the knife landed on the counter. She picked up the phone and set it down again. She wasn’t ready to call him yet.

But what about Conor? She was moving forward with Conor because she thought the money was secure.

She shook her head. The loan didn’t matter tonight. Tonight she was a friend taking him soup. That’s all. She’d come back home after probably a short visit and call her dad in the morning. She’d settle the loan by the time Conor was feeling better.