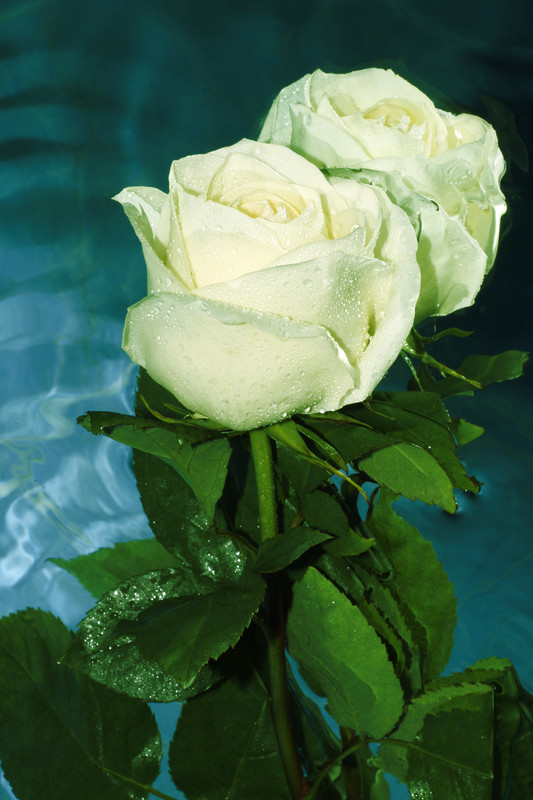 Happy Friday! The Beautician and the Billionaire Episode 1: The Deal is finally free at Amazon! If you’ve been waiting to read it until you could load it on your Kindle with your Amazon account, you can! At the moment of posting, it’s sitting at

It’d be great if it broke into the top 100! Please pass the link to your friends for a weekend read!

And now let’s find out what Charisse is up to before her meeting with Conor. Be sure to follow my blog so you don’t miss the Episode Finale next week!

Charisse flitted around her salon making sure everything was swept and the vases of white roses were set exactly in the center and to the left on each station. Her lady luvs had left shortly after closing, giving her hugs for luck. She’d needed them.

A fresh pot of coffee brewed in the front corner of the salon where a couch and scrolled white chairs made up the waiting area. The scent mingled with the vanilla aroma lingering from all the shampoo used. She’d had Mei research setting up a Pandora business account so they could stream music in the salon, but that wouldn’t be happening until sometime next week when they got the equipment. She’d brought her ipod and a speaker to play some Mozart in the background to see how it felt.

She set the speaker on the antique French style desk and pushed play. Notes as light as cream puffs filled her ears. She liked it. Conor had had a good suggestion.

She switched the music off. Should she be so agreeable to his suggestions? She didn’t want him to think he could come in and take over everything. But he’d built his fortune from scratch. She’d researched him a little and been impressed with his acumen and doggedness.

She switched the music back on. It’d be silly not to take his advice just so she could win a power struggle.

She switched the music off again. This situation was all about power and she intended to come out on top.

Thunder rumbled outside. Water streamed down her windows and the rain pounded the pavement.

Her phone rang in the back pocket of her Belstaff black denim jeans. She pulled it out, thinking it was finally her father telling her he’d be there for the meeting. With one look at the number, she dropped it. The phone hit the speaker first and then landed on the desk.

Why the hell was Josh calling her?

The phone turned in a circle from the vibration of the ring. She hadn’t spoken to him in a year. He’d never answered any of her calls from the hospital or after. What could he possibly want now?

The phone completed the circle and quit ringing. She dropped down into the chair. Hands shaking, she set her elbows on the desk and placed her head in her palms. She didn’t want to talk to him—not now, not ever. He was the king of rat bastards. Her mind slipped back to the last day she’d seen him.

She’d been curled on top of the bed when he walked in the room dressed for the party in a Gucci suit. She’d cut his blonde hair in the mini-pompador like Conor had had when he’d first come to her salon. On Josh it looked good, but he had too much product in it. Usually she chided Josh about his use of hair gel, but she’d been in too much anguish to say anything.

“What the fuck are you doing? You’re not even dressed.”

Josh cut her off. He hadn’t wanted to hear any details of the miscarriage, like he was a thirteen-year-old boy. “The doctor said you would, but you could go on like normal. So get dressed. This party is important. We need to schmooze with everyone there.”

Since the miscarriage had begun, Josh had dropped his smooth act around her. She hadn’t even thought it’d been an act before. But seeing him angry all the time got her thinking maybe he faked his attitude with everyone, even her. Or maybe it was all her fault. It’s not like she’d caused the miscarriage, but she knew he blamed her.

She tried to muster her energy to sit up, but she had no conviction behind it. She remained on the bed and said, “Go without me.”

Rage passed through his eyes, and she actually feared he might hit her. But then his mask slipped on.

“Baby, you’ll be okay. Getting out will help you feel better.”

He sat next to her and placed his hand on her arm. The smoothness of his palm reassured her. Finally some tenderness. Desperate for affection, she drank it in and eventually got out of bed to go to the party. In the back of her mind she knew she was bleeding too much and should be going to the hospital instead, but the party was important to Josh’s career. She could do this for him.

The bells on the door of her salon jangled and made her jump in the chair.

Conor stepped in, folding up an umbrella. His suit coat looked soaked despite having an umbrella.

He stared at her with open concern. No mask. Just gorgeous sapphire eyes that seemed to say he wanted to help her with whatever her trouble was.

2 thoughts on “The Beautician and the Billionaire Episode 2: The Contract Scene 6”