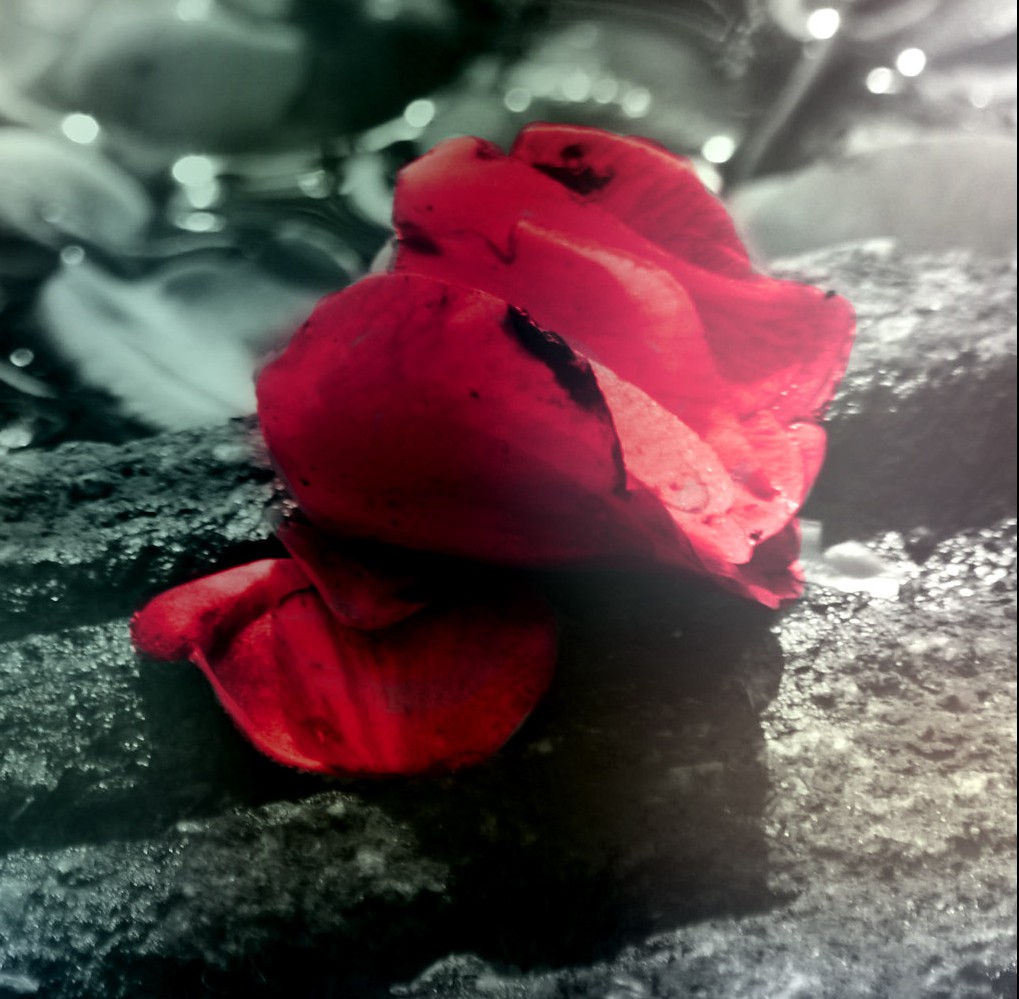 Thank you for tuning in to my first post for The Beautician and the Beast! I’m not doing this alone. I’d like to thank my team at Hot Java LLC for all of their support, Lover for taking me away to Puerto Rico so I could recharge and the authors of Write. Publish. Repeat. for basically saying in their book to keep doing what I’m doing.

And a special thanks to my two Beta readers for reading and commenting on the first three segments: Lauren Szymanski from https://romance4thebeach.wordpress.com/ and Megan Cox @booksragirlsbf on Twitter.

I truly hope you enjoy Beautician and the Billionaire:

The sun blazed into the corner office on the thirty-sixth floor of a New York skyscraper. Conor Grishin had turned the air conditioner off before the meeting and watched as Roy LaRouche ran his finger under his collar and pulled at his tie. Negotiations were about to get interesting.

Roy said, “The route of the ships was approved by the board–”

“But it was at your suggestion. Three ships taken by pirates in one month not only looks bad but is a huge loss for the company.”

Fluorescent light reflected off of Roy’s bald spot as he loosened his tie. “We only know about two for sure. The third–”

“Was most likely taken by pirates as well. You lost me a shit ton of money.”

Roy’s fat fingers finished loosening his tie. He jumped up, ripped the tie out from under his collar and threw it on the table. “Why the fuck is it so hot in here? You could buy the goddamn air conditioning company and have their repairmen on call for fuck’s sake. That’d be a better use of your time than harassing me about my ships. I lost money too, you know.”

Conor placed his palms on top of the table and spread his fingers out. Calm control had made him his first billion. Even though his pulse quickened as he cornered his prey, he knew he showed only detachment. “You’re no longer the majority shareholder of your company. You may have started it, but I own it. You owe me for those lost ships.”

“I don’t owe you any more than I owe the rest of the shareholders. Shit like this happens. I’ll make up for the lost cargo in the coming year.”

“You’ll make it up to me now, or I’ll buy you out. I don’t think you want to be forced to sell at the current stock price.”

Roy dropped back down into his seat. Sweat ran down both sides of his face, which was as red as the roses blooming at Conor‘s mansion in the Hamptons.

If Conor was really mad, he’d just fire Roy and be done with him, but Roy was a good CEO despite the current loss. What Conor really wanted wasn’t money—it was art. Roy owned a painting by Magritte that Conor desired for his collection. He planned to negotiate for the painting.

He stared at Roy, blinking once. He wanted to know what Roy had to offer first. He missed out on an O’Keeffe in another deal by speaking too quickly.

“What do you think would be a fair trade for the fall in stock price you caused?”

“Fuck, I don’t have that kind of money in liquid assets.”

“I have plenty of money.”

Roy’s eyes bulged. He shoved his hand into a pocket and produced the latest smartphone.

It was no secret that Conor collected art. He watched Roy tapping his screen and expected to be shown something from Roy’s much smaller but very tasteful collection.

But for the first time in years, surprise punched him in the face. Instead of a painting, a woman smiled up at Conor from the screen.

“My oldest daughter, Marie. She’s just what a young tycoon like you needs. You can have her on your arm wherever you go. It’s been what, three years since your wife died? Marie will help you move on.”

Conor wanted to break the phone and shove the pieces up Roy’s ass. He hated when people brought up Elise. It was either with pity or advice on how to move on. He wanted neither. He stared straight at Roy. “You’re pimping out your daughter?”

“No! Not at all. She’s mentioned her interest in you several times in passing. I’m match making, not pimping. Look at her. She loves to travel and ski—” Roy slid his finger across the phone screen several times to show Conor selfies of his daughter all over Europe—the Eiffel Tower, the Parthenon, even Moscow square. She was Vogue gorgeous.

Roy slid to a picture of a different woman. She had a demure gaze and hair that curled away from her face, her skin smooth and pure—tanner than Marie’s porcelain look.

Roy forgot about the Magritte.

“Who’s that?” He didn’t like the hoarseness of his voice.

“What?” Roy tilted his phone up. “Oh, sorry. That’s Charisse.” He skimmed his finger across the screen so it went back to Marie.

Conor took the phone from Roy and slid the screen back to Charisse. Even her name was lovely. He couldn’t tell where the picture was taken though he guessed at someone’s home because it appeared as though her legs were curled back on a couch or cushioned chair. She seemed sad, something deep, not like she’d had a bad day. His own sorrow reached out to hers, and he inexplicably wanted to do anything he could to make her happy.

“You don’t want her.” Roy’s voice cut through Conor’s thoughts and almost made him jump. “She’s my youngest daughter and doesn’t like living the lifestyle of the rich and famous. She just likes serving it.”

“What do you mean?” Though he didn’t want to, he tore his gaze away from the picture of Charisse.

“Nothing, nothing at all. What do you think about Marie? She’s smart, graduated from Bryn Mawr with some sort of degree that I forget, and –”

“What does Charisse do?”

Roy sighed and took the phone back. His shoulders slumped. “She’s a beautician. She fucking grooms other people for a living.”

“Does she work for someone?”

There was a slight hesitation before Roy answered. “I guess she works for me. I’m her landlord. She insists on paying rent. I would’ve just given her the space, but not Charisse. She has to make her own way.”

Conor spun his chair so he faced the window away from Roy. Even as the sweet sensation of longing pumped through him, guilt twisted like a screwdriver through his heart. His wife should still be alive. He shouldn’t even be considering other women.

But he liked owning property.

“So you own the building she works in?” Conor asked.

Another hesitation. Roy must be lying about something.

“What’s the name of her salon?”

Silence answered him. He turned his chair back around. Roy frowned at him. This was a strange sort of fatherly protection: whoring his older daughter out, but not Charisse. Conor chided himself. He didn’t want to buy her. But he could buy the building, and, if she was any good at her job, she could be his new stylist. He didn’t like the way his hair felt these days. Too dry or something.

At last Roy said, “It’s Ma Charisse.” His voice softened. “It’s a play on her name, my beauty.”

Conor clenched his jaw in an attempt to quiet the surge in his blood. He wanted to see her picture again, see her beauty. No. He would go to check out her business and the building, not her.

“What building is it in? What other businesses are there?”

“Shit I don’t know the rest of the businesses. I hire other people to take care of the leases.”

“What building is it?”

The two men stared at each other and Conor knew Roy didn’t want him going anywhere near Charisse. What the hell? Was her job that much an embarrassment to him, or was it something more?

At last Roy gave him an address on West 16th street.

It took every bit of Conor’s practiced detachment to remain stoic. He owned that building. Roy was lying about the lease. What else was he lying about, and why? He knew one thing: Roy was only going to give him more lies. What had started as a simple pursuit of a painting had turned into something far more intriguing.

“I’ll look over the building. If I like it, I’ll take it in exchange for the stock loss.”

“A whole fucking building? That’s worth far more than what I lost you.”

Indeed it was. Conor enjoyed watching Roy squirm. He hated being lied to. He’d play this out for a bit and then demand the Magritte and another painting to make-up for whatever shit Roy was covering up.

“You could always just sell me the rest of your stock.”

Roy stood up, shoving his chair back. “Stay the hell out of Charisse’s salon. You’re there for the building, not my daughter.”

“You’re the one who offered your first daughter in exchange for the loss of cargo, not me.”

Roy fumbled over a few curse words, turned and strode out of the office, slamming the door behind him.

Conor buzzed his assistant to look up the property and make sure he owned it. He could only remember owning one on West 16th and was sure that was it. His assistant buzzed him back that he was right. He had her ring up his chauffeur. Time to meet Charisse and see if he could figure out why Roy was lying about her business.

Continue reading The Beautician and the Billionaire and meet Charisse.

3 thoughts on “The Beautician and the Billionaire Episode 1: The Deal”