Good morning! There’s been a slight schedule change. My editor and I decided last night that Episode 8 should be split into two episodes. Episode 8: The Party will come out next week as scheduled, and the final episode will come out in May along with Nails for a Billionaire. Which Means Shifting Into Love and Through the Painting won’t be coming out until June and July.

I’m actually pleased that my planning was only off by one episode! Please look forward to the future releases! 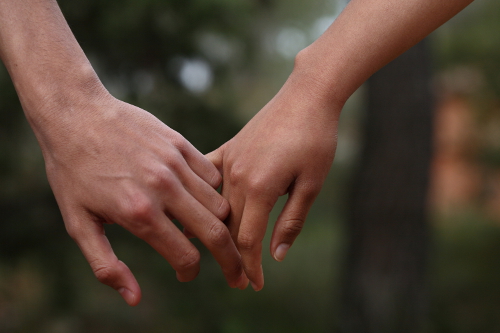 Conor closed the black velvet jewelry case and slipped it into his coat pocket. Perfect. Now he had to figure out the best time to give it to Charisse.

“Excellent as usual,” he said to the owner. “Thanks for getting it done so quickly.”

The owner smiled, making his face crinkle up. He had to be over eighty, with his thick spectacles and hair only above his ears. The shop was a cluttered mess of clockworks and jewels. No champagne or espresso while the customer browsed. Just talent and a lot of hard work to make exquisite jewelry.

The owner said, “It’s always a pleasure. I’ve missed your visits. I’m glad you’ve found someone you want to give such a personal gift to.”

Conor sighed. “I just hope I haven’t blown it. I’ve been a bit of a beast. Dating again is difficult.”

“If she’s worth your affections, I’m sure she understands what you’ve been through.”

Conor waved and turned away, still doubting the gift would make up for his recent actions. He’d left Puerto Rico early so he could pick up the jewelry before heading to the mansion for a late lunch. He had to see her as soon as possible, and he knew she’d be done with therapy and yoga by then. But now he was realizing he didn’t have anything interesting planned for their lunch.

Puzzling over how to make the reunion special, he stepped out into the cool morning. A mass of brown curls stopped him in his tracks, as their owner stared into a window of the shop next door.

“What are you doing here?” asked Conor, too surprised to check his reaction.

Charisse turned, and her jaw dropped. She wore a blue button down silk shirt that was completely open to reveal a darker blue tank top over a white one. Her complexion was good—not the chalk white Raul had described on the phone earlier. Conor wanted to grab her and kiss her, but managed to restrain himself. They stared at each other in surprise for a moment before she snapped her mouth shut and jutted out her chin.

“This guy brought me to his mansion and then abandoned me. There’s only so much wandering around and smelling the roses a girl can do before she needs to get out and shop.”

He wanted to laugh. Definitely not the greeting he’d expected. He decided to play along.

“This guy sounds douchey if you ask me.”

A smile tugged at the corners of her mouth. “He’s a bit of a rat bastard.”

“Mind if I join you then? I’m not above stealing another guy’s woman. What’s caught your eye here?”

With a smile, she turned back to the window. He stepped next to her and saw it wasn’t a shop at all. It was a salon that had gone out of business.

Relieved to be standing next to her without a fight or tears or all the things he’d feared when he saw her again, he decided to keep playing along like they were strangers. “I hope you weren’t looking to get a haircut. Your curls are beautiful.”

She rolled her lips together, but her eyes were still smiling. “I manage a salon in New York. I was thinking it’d be nice to own my own. I’m not so good with the business side of things though. I need a partner who could help me out with that.”

He subconsciously slipped a hand into his coat pocket to touch the jewelry box. Was this her way of saying she was looking for a fresh start with him? That they could put everything that had happened behind them?

He tread carefully. “I own a few companies, but I’ve never started a business from the ground up. Could I buy you lunch to talk about it?”

She gazed up at him and nodded. “I’d like that very much.”

As they turned to walk together down the sidewalk, he slipped his hand into hers. Her fingers curled around, sending a jolt of pleasure through him. This was how it should’ve been from the beginning.

April 15, 2016April 15, 2016 by evelynaster Categories: The Beautician and the BillionaireTags: Beauty and the Beast, billionaire romance, contract, holding hands, love Leave a comment