Hello lovely readers! Sorry I missed posting yesterday. I was on vacation for a week. I got everything preposted except for Monday. We’re heading into a tricky part which means sex is coming up. I’ll post as much as I can because it’s important to the plot. If you feel like you’re missing something, you can always buy it at Amazon, Barnes and Noble or All Romance. 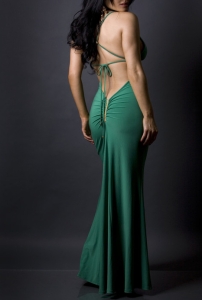 Conor rode the elevator up to his penthouse with his arms crossed over his chest, leaning against the wall. No thank you. No mention of the gifts at all. The only text he’d received from Charisse was one asking if she could wear her hair up because it would be the most appropriate look.

He’d almost said no to spite her, but he reminded himself that he wanted her as comfortable as possible at the banquet. He was trying to make peace. But the ingratitude from her roiled him. So what if he’d gone on a date with another woman? She should be over that. She was his, not the other way around.

He’d been tempted to arrive late, but he couldn’t find enough to do at the office on a Friday afternoon. It was 5:30 when the elevator doors opened to his apartment. He walked out, expecting Charisse to be in her room still getting ready, but she stood like a statue at the far end of the living room, looking out over the city.

His lungs froze, and he thought his heart might’ve stopped. Perfection. The green gown flowed over her curves and complimented her slightly tan complexion. Her hair was gathered somewhere at the back of her head, but a mass of curls cascaded down to between her shoulder blades. Maybe it was a compromise to his wish that she always wear her hair down.

His cock stiffened as he stared at her. She should turn around and greet him. He wanted to see her dazzling eyes smile at him and how her round breasts looked in the plunging neckline. He ground his teeth at the thought that other men would see her like this. They’d all want her.

Raul greeted him with a tumbler of Scotch, but he waved it away, still staring at Charisse. “Get my best tux ready, please. Are the bags packed?”

“Take them down to the sedan and pull it around front.”

Conor walked down the steps into the living room and across the hardwood floor. Charisse made no motion. He didn’t even see her breathing. The sky was still blue with a few clouds here and there. The cityscape was the same as always. There was nothing out there that could possibly be holding her attention so steadfastly.

He stopped right behind her and stroked his fingers down her arms that were cool from the air conditioning. Goosebumps erupted beneath his hands. She was still his. She still wanted him.

He leaned in and kissed the crook of her neck at her shoulder. She smelled like vanilla and flowers. The dress tantalized him by showing off the flesh of her breasts but hiding her nipples. He drew his fingers down the neckline and tugged the cloth away. Her nipples hardened into taut peaks as he watched. It took all of his self-control to pull the cloth back over. He shouldn’t ravish her after all the time she must’ve spent getting ready.

He brushed soft kisses against her skin all the way up to her ear. “You are a work of art,” he whispered.

Her voice cut through him as if she’d jabbed him with her sheers. “If you want to fuck me, fuck me. You don’t need to seduce me with lines or flowers or fancy dresses. I’m yours for three weeks.”

One thought on “The Beautician and the Billionaire 6: Scene 8”