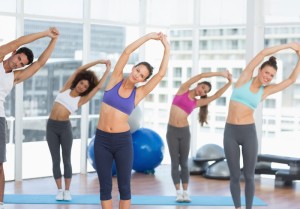 Charisse leaned into the half-moon pose during her Monday morning yoga class. Sunlight flooded the studio and made the hardwood floors gleam. She breathed in at the same time as the rest of the women and the one man in the class. She had to center herself. Conor hadn’t called yet and she thought they had a date that day.

The bank hadn’t called either though she thought it was probably too early to hear from them. She just wanted a definite yes so she could move the relationship forward with Conor. Of course if he never called, she didn’t know what she’d do.

Strains of Mozart from a tinny ringtone ripped through the quiet. Excitement and mortification gripped her at the same time. Conor was finally calling.

The silver-haired teacher glared around the room. Charisse flushed like a blood moon. Afraid to break pose and answer it, she continued to blush and hoped the teacher didn’t notice her. There was a strict no phone policy.

The ringing finally stopped, and Charisse let a long breath out. She switched her half-moon pose to the other side along with the rest of the class. There was no chance of centering herself now. She wanted to rush through all the poses and call Conor back.

Ten minutes later, her phone rang again, but it was her generic ringtone, not Conor.

Her teacher spat out, “Whoever forgot to turn off their phone, you are dismissed until next week.”

“I’m so sorry,” said Charisse unable to play dumb anymore. “I never forget to turn it off.” She gathered up her mat and ran to her bag by the mirror. She scooped up her belongings, headed outside to the reception area and fished through her bag to find her phone. It’d quit ringing. She clicked it on to see who it’d been. It was the bank.

Shoot. Which one should she call first? Conor won because if she didn’t get the loan for whatever reason, she probably wouldn’t have the courage to call him back ever.

The other line picked up right away. “Hello, Charisse?” asked a voice with a slight Puerto Rican accent. It sounded like Raul.

Confused, she said, “Yes, this is Charisse. Conor just called, but I was in yoga class and missed it.”

“I’m sorry to interrupt you, but Mr. Grishin has been ill all weekend and won’t be able to make it to your lunch date.”

Charisse had imagined all sorts of reasons why Conor wouldn’t be returning her calls yesterday, but she was still surprised to hear he was sick. “I’m so sorry. What’s wrong?”

“Well, can I bring him some dinner tonight, like soup maybe?” Before Raul answered, she realized how stupid she sounded and gushed on, “I mean, I’d just like to help in some way. I’m sure he has everything he needs and you’re there to help him. He probably has a personal chef…”

“He hates having visitors when he’s like this, but in your case, I think it would benefit him. I’ll send the car to fetch you at 6:00 pm.”

Raul would send the car? Did Conor have more than one driver? “Are you sure? Do you need to ask him?”

“Better not in this case.”

Raul never disobeyed orders. Wishing he’d break his promise to her mother too, she said, “Okay, I’ll be ready at six. Do you think he’d like potato soup?”

“He’d like anything made by you, I’m sure.” The phone went dead.

Wow. Raul seemed to think Conor really liked her. Her skin tingled at the thought of seeing him. Her caretaker instincts took over, and she pictured herself sitting on the side of his bed, caressing his cheek. She could massage his scalp and take away the pain; she knew he liked the way she shampooed his hair.

She shook her head before she lost herself in the daydream. She should go back home and call the bank. Hopefully, she wouldn’t end up with a headache too after the conversation.