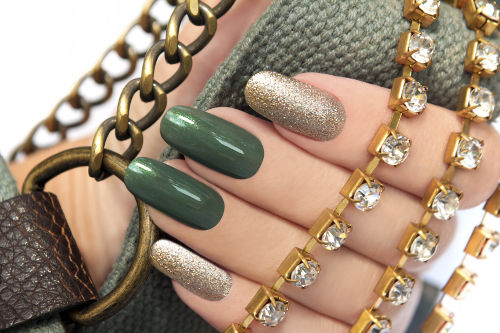 “Calm down,” whispered Marie outside the room. “She’s here to make peace.”

“So far I’m not impressed with her attempt.” She glowered back at Marie.

Gianna came out of the room, holding the strap of a Louis Vuitton purse at her shoulder. Charisse took a closer look and realized her clothes were completely unexpected. She’d fled from high society, but she was wearing a light creme Chanel pantsuit. Maybe she was trying to make a good impression, but the suit wasn’t how Charisse imagined her at all.

“I’d have liked to see you again under better circumstances,” Gianna said to Charisse. “I’m so glad Marie was close by when Roy had his heart attack. I thought you’d be here sooner.”

A guilt trip for being out of town from the woman who abandoned her kids for years? Charisse had just about had it. “I was in the Hamptons with Conor. I believe you met him last week.”

Charisse felt petty, but she enjoyed the shocked look on her sister’s face.

Gianna frowned. It seemed to be her default expression. “Yes, I’m sorry I kicked him out of my cafe. I was just so surprised.”

Marie was glancing around the hospital. She grabbed Charisse and Gianna by the elbows and pulled them to the elevator. She said, “Let’s talk about this in the apartment, or at least the cab ride over. Where’s Conor anyway? I thought Mother might like to see Raul.” Marie pressed the button for the elevator.

Marie said, “Yeah, do you believe it? He’s Conor’s driver.”

“What has he said about me?” Gianna grabbed Charisse’s hand.

Charisse yanked it away. “Don’t touch me. He hasn’t said anything about you. We have better things to talk about.”

The elevator doors opened, and Marie pulled everyone in.

Gianna ran a shaking hand through her curls. “I’m sorry. I just wasn’t expecting to run into him too. I treated him very badly.”

Silence filled the elevator as it went down. Fatigue and sadness hit Charisse all at once. Her mother was far more sorry about whatever she’d done to Raul than abandoning her daughters. She had to get away from her.

When the elevator doors opened again, Charisse stepped out as someone else got on.

“I know. I forgot to tell Daddy something. I’m going to stay at Conor’s tonight. Call me when you’re coming to see Daddy again.”

Charisse kept staring at her sister while the doors closed. She knew her mother was watching her, but Gianna didn’t say a word. When the doors closed, Charisse collapsed in a nearby chair. She pulled her phone from her pocket and tried to call Conor. He’d said he’d have phone service in his private jet.

He answered right away. “Charisse, how’d it go with your mother?”

She leaned her head against the wall. “I don’t want to talk about it. I just wanted to tell you I love you and hear your voice.”

“At the hospital. I’m going to stay at your penthouse tonight if that’s okay.”

“Of course. I gave you all the keys. How are you feeling? You sound tired.”

“I am. I’m going to have dinner and go to bed. I need to talk to Letti tomorrow and get the salon ready for Tuesday.”

“At the risk of having you mad at me, please consider having Letti ready the salon while you do all the talking. The world’s not giving you a break right now, so give yourself one.”

The deep tones of his voice soothed her; his words comforted her. She said, “The world has given me a break. It’s given me you.”