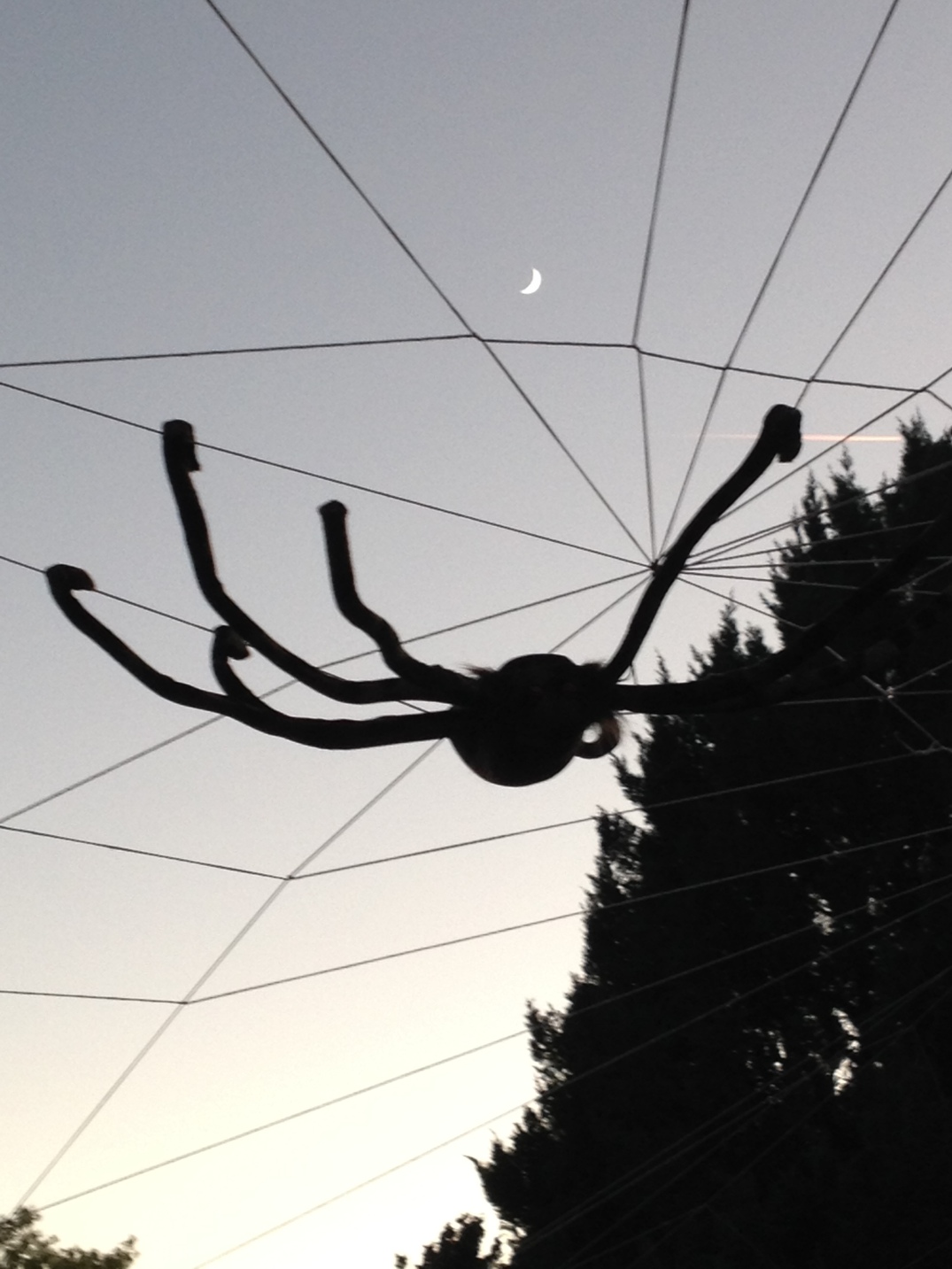 In my new release, Masked Hearts, Mark creates a gothic display around his expansive home. Part of the decoration is a giant spider web that brings about a turning point in the relationship.

Her tires crunched the rocks into the dirt as she drove up the mountain road. A light flashed on the hill above her, and she caught a glimpse of a ghost blowing on one of his balconies. As she came around the final curve, she slowed her car and gawked until she pulled into the driveway.

Shutters with missing slats hung loose on nails where she didn’t remember there being any shutters to begin with. Enormous stuffed crows perched on the roof and the chimney. A few looked like they were flying down, and she couldn’t see any wires holding them up. The two balconies lit up alternately, showing a ghost and a skeleton. Gargoyles guarded each balcony. An enormous spiderweb hung between the patio and the middle balcony, lit by a black light. In the center of the web was a stuffed spider hanging down. Amongst the tangles of the web were cocoons with arms and legs sticking out as if the spider had caught some stray trick-or-treaters.

The spider web in the story was inspired by the one my lover puts up every year. This year I helped too, since I wanted to feature it on the blog 🙂 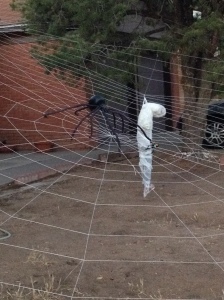 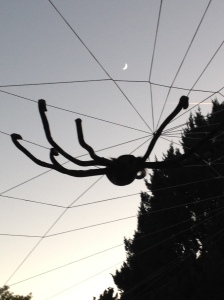 Read Masked Hearts to find out how the spider web changed everything.

And now, the winners of the Moonstruck Chocolate Giveaway!

Thanks for all the great comments and to everyone who entered! Click on the graphic below if you haven’t entered the Kindle Giveaway yet! You have until Midnight Halloween! 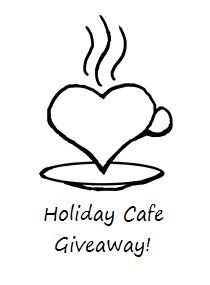